Ever since I was in grade-school, I talked about moving away from my hometown Las Cruces, New Mexico. As I grew into a teenager then later a young adult, I declared my desire more fervently. First my fantasies were peppered with becoming a photographer in Los Angeles. Later, I more realistically wanted to make a move to Austin.

For the fleeting time that I wanted to pursue an MFA, I did not apply to the schools that were nearest to me. I chose schools out-of-state but close enough that I could drive home if I ever did get homesick. Though, I vehemently believed I would never miss the town whose biggest draw is a high school rivalry that culminates annually with a football game held at the university stadium.

I didn’t get into graduate school. I didn’t find a job that was willing to hire me outside of New Mexico. But I did get a job with a company that’s created a cultural icon and I met my partner. Ultimately, he became the reason that I made the move to El Paso, TX four months ago. El Paso and Las Cruces are only separated by 50 miles but the differences are striking. It’s been an adjustment to move to a much larger city and of course to become accustomed to sharing bathroom space with another human (two when we have his daughter).

What I enjoy about El Paso is that there is always something to do such as an ice cream festival, concerts, a rose garden, the zoo, and hockey games. I tend to be a homebody but I also like to have my senses stimulated. One can only watch Netflix so much. El Paso is a border town. I’m Mexican-American and El Paso is alive with neighbors speaking Spanish and authentic Mexican food. It makes me miss Mexico so much.

It would be untruthful for me to say that I don’t miss Las Cruces at times. I miss being able to have a weekday lunch with my mom or visit her in the evening. In Las Cruces it would take fifteen minutes to get across town while in El Paso it takes me fifteen minutes just to get to a Wal-Mart (of which I still don’t know how many there are). And I’ll always argue that the Organ Mountains have a lot more character than the Franklin Mountains. New Mexico sunsets are painted with an atomic orange and champagne pink that cannot be replicated.

But I’m happy where I am at because I’m continuously building a future. My mother and the New Mexico skies are just a drive away. 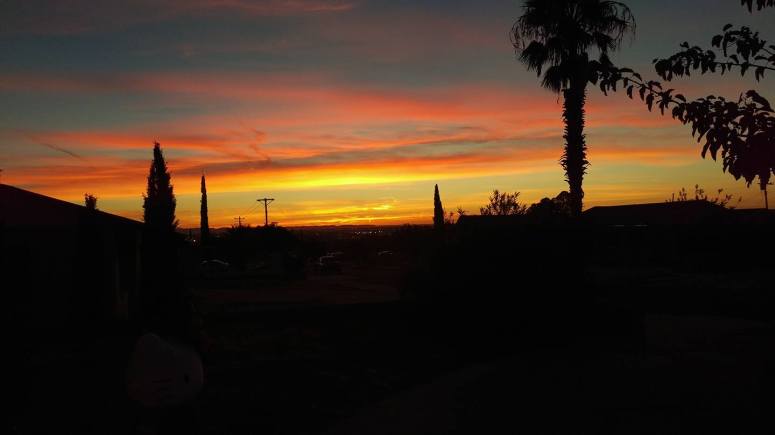 One thought on “On Moving”